Happy belated New Year everybody. I know it is already February and some people will already be making plans for Christmas 2015, but lets get summer out of the way first. It’s been a busy January with no rest for the wicked since getting back from our short break. We’ve had a lot of interesting custom framing in and an influx of sports shirts to frame, from Froome’s Yellow Jersey, to a signed Pele Brazil shirt and an unveiling of the New Leeds Rhinos shirt – which will bring me onto my next paragraph. 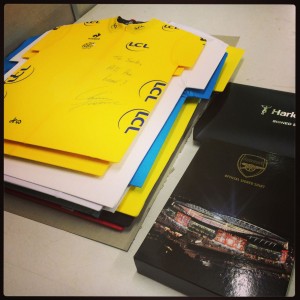 Apart from all the bespoke picture framing we have been doing, we managed to find time for The Art Works annual Christmas party ( a wild affair I know). We treated ourselves to a corporate day at Headingley Stadium to watch the Leeds Rhinos Vs Bradford Bulls in a pre season friendly featuring the Legend that is Jamie Peacock for his Leeds Rhinos Testimonial. The game had a little bit more of an edge to it as I am a long time Bradford Bulls fan and Bj supports the Leeds Rhinos. This is a fixture that will be much missed this year due to the Bulls being relegated, but lets not go into that right now. 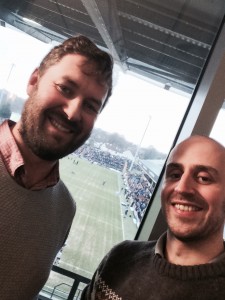 We would like to say a big thanks to the team at the Rhinos for an excellent Sunday afternoon where we were wined, dined and treated to an excellent game of rugby (I wont mention the score)

and brilliant service. A nice touch was being addressed by some ex players and big personalities (Barrie McDermott) and then to cap it off a few inspiring words from the big man himself JP. We would thoroughly recommend the experience to anyone even if you don’t like Rugby League, a concept I struggle to grasp.

After the game we went for a few frames of pool which unfortunately age overcame youth and Bj and Keith won, mainly due to the fact that Keith turned out to be a bit of a shark and carried Bj in my opinion. So that’s it for 2014 looking forward to framing lots of new and creative things which we will blog about when they come.

Well its Christmas Eve, and with four minutes to go until we shut for the Christmas period it’s a good time to thank everybody that has supported us throughout the year and helped us make it a successful one. We hope you all have a great festive period and hope to see you in the New Year. I’m really looking forward to chilling out and seeing family after a really crazy couple of months. We are also looking forward to the New Year and have some exciting plans for the Art Works, which we will keep you up to date with on here.

Thanks again all the best Martin and BJ 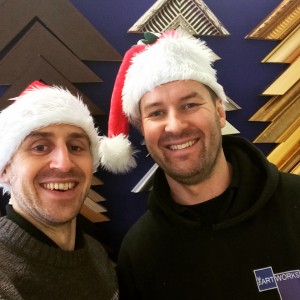 Today I’m posting a blog that is actually about framing, and unfortunately doesn’t contain any pictures of us smiling or wearing Christmas jumpers, but hopefully you will still find it interesting.I had to frame an acoustic guitar and drumsticks signed and used by none other than Status Quo. And I also needed to incorporate some pictures of the event into the guitar frame and get it all behind glass. No mean feat, but a great challenge.

Every now and again I get given free reign with how to frame something and this was one of those jobs. It was a simple brief even though guitar framing isn’t: it had to work in an old converted barn/private bar with lots of bare timber. So I decided to keep it simple and use a grained ply to make the box to house all the memorabilia, and rather than paint it and hide the rough edges I kept it raw. 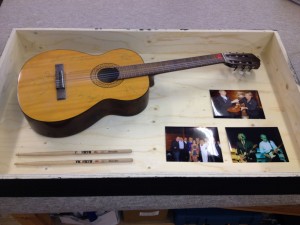 After some juggling about I decided on the layout and balance. The next challenge was one that we always have to consider but, when done well, will often go unnoticed: how to fix the items to this case without damaging them. I wanted to make it possible to remove the guitar, just in case in a few years’ time someone wants to take it out and strum along to Rockin’ All Over The World. This meant keeping it in the same condition as when it was handed to me, before it went into the frame. I was able to discreetly tie the guitar on using the end pin of the guitar, a part designed to take the weight using a strap (it is not usually this simple – this was a lucky job!). 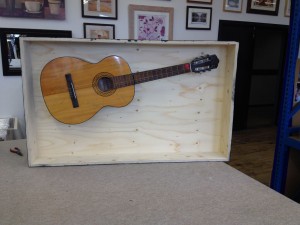 When I came to place the pictures at the back of the frame in the standard way I thought they looked a little lost so I decided to put them in frames inside the frame to bring them forward. The overall effect is that they appear to be just floating.

I really enjoyed making this piece of work, and the customer was very pleased, which always makes for a rewarding job – although I was a little bit gutted about having to give it back. 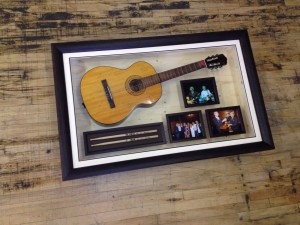 First of all thanks for all the positive feedback on the new website and the interaction on the social media. It all helps promote the business and it’s great to get so many notifications on my phone. Now it’s the 1st of December I think we are allowed to discuss Christmas – and even let BJ wear his Christmas jumper (he was threatening to wear it last week). 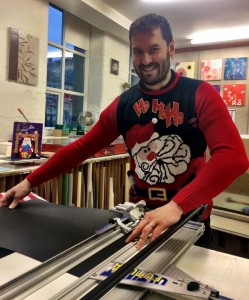 In the run up to Christmas our opening hours will be:

We will be closing on Christmas Eve at lunchtime and then will reopen again on Monday 5th January. That should leave plenty of time to get that custom framing in, and if these hours don’t suit just give us a call, as quite often we are working late. Now the formalities are over our next blog will actually be about framing. We have recently framed a signed Status Quo guitar which we are pretty proud of, blog to follow…

We’d like to say hello to new visitors, and welcome back to our picture framing customers from Leeds, Otley, Ilkley, Harrogate, Wetherby and all across Yorkshire – and even further afield.

END_OF_DOCUMENT_TOKEN_TO_BE_REPLACED 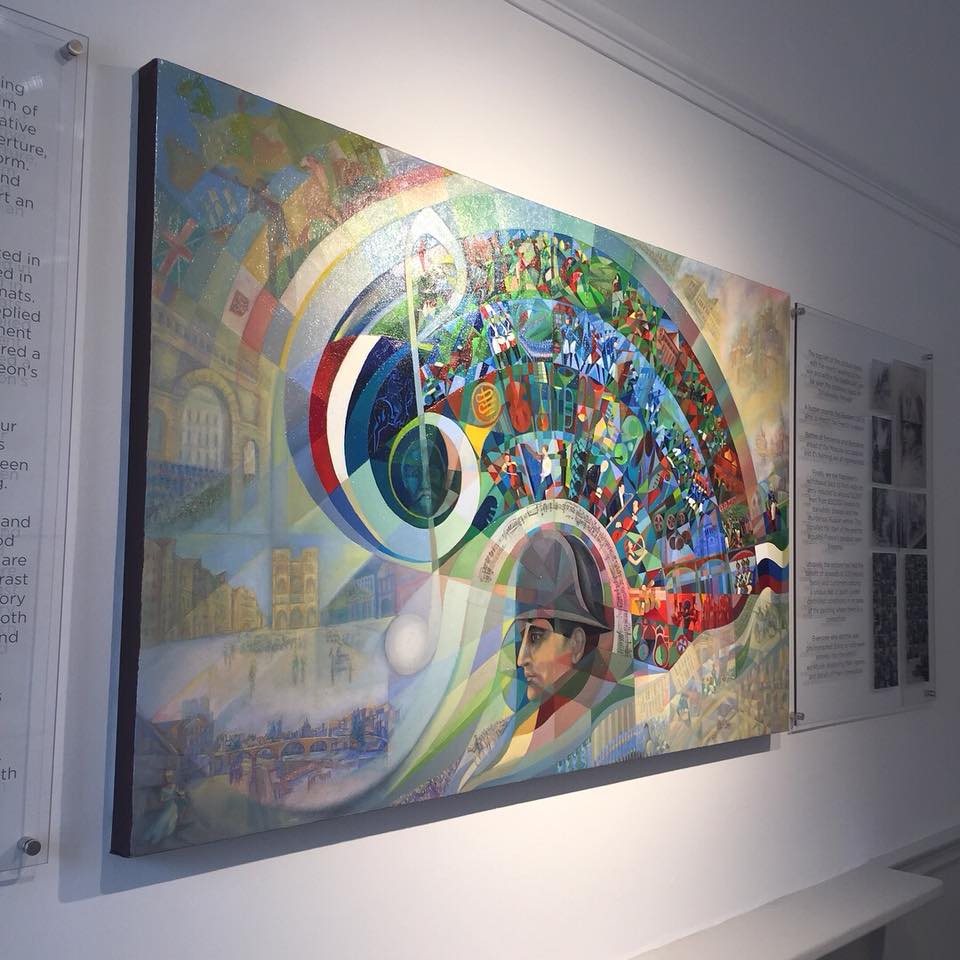 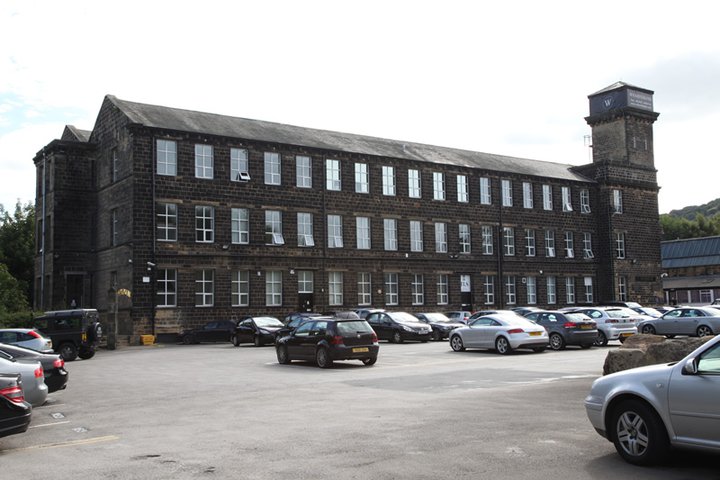 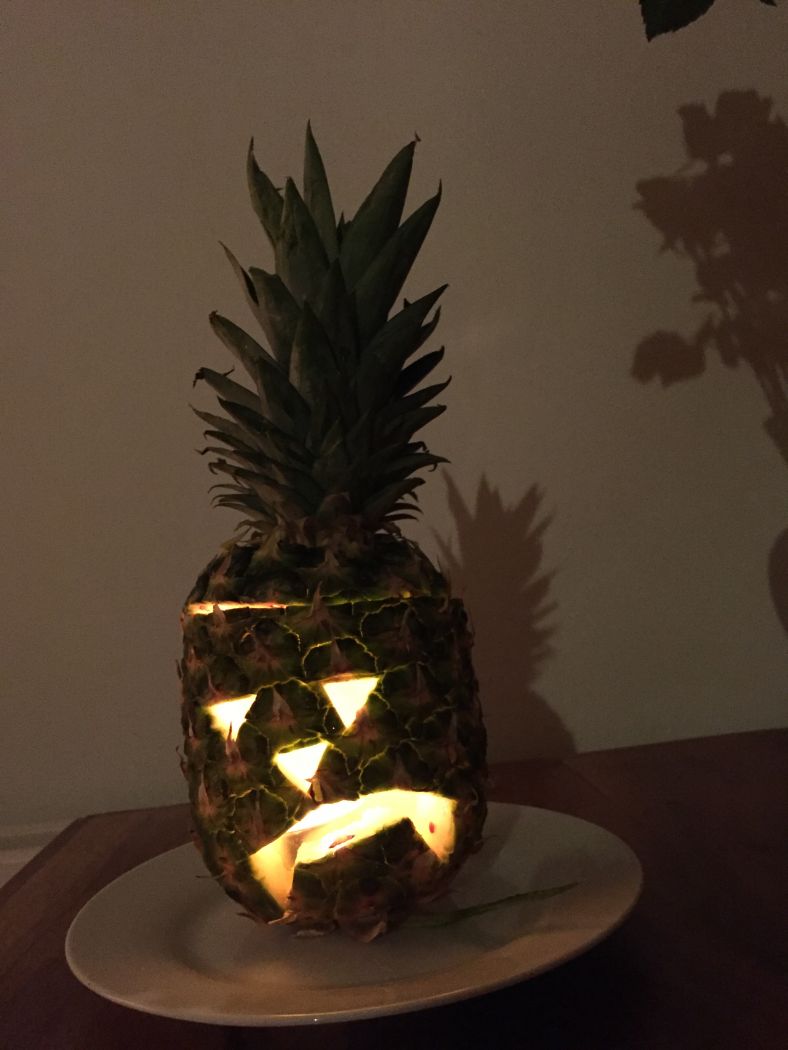 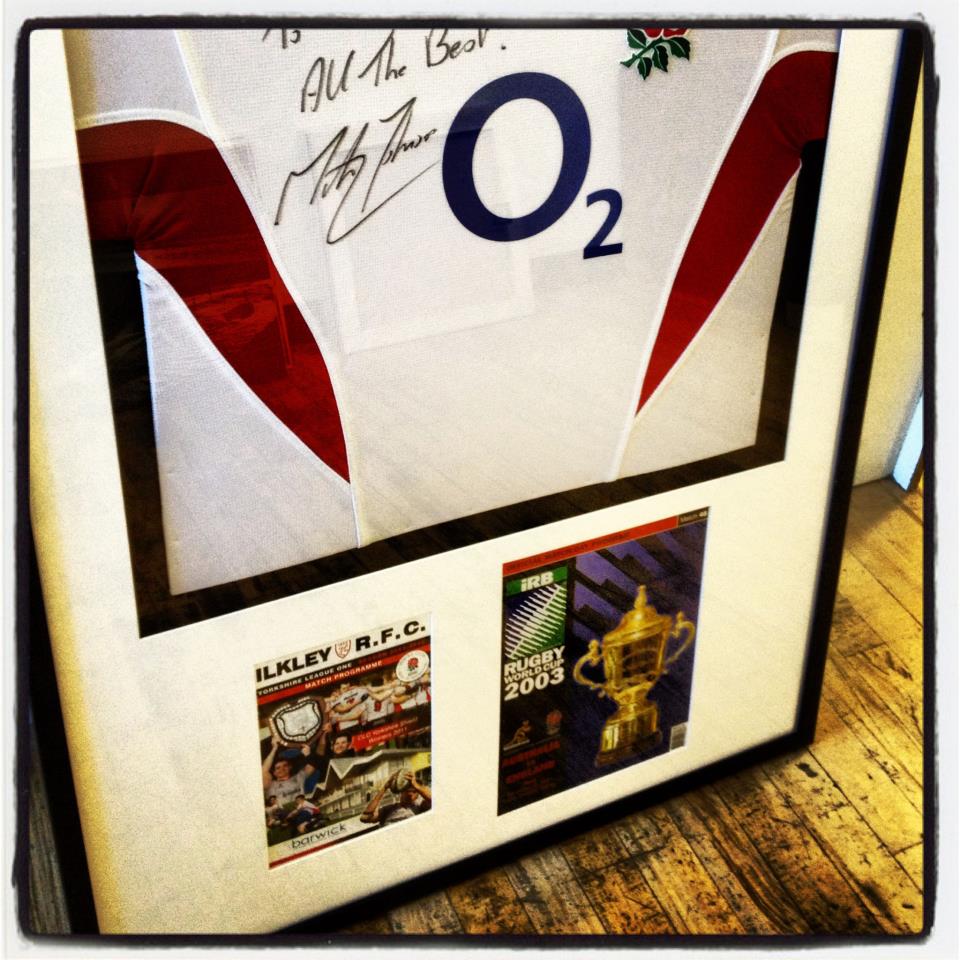 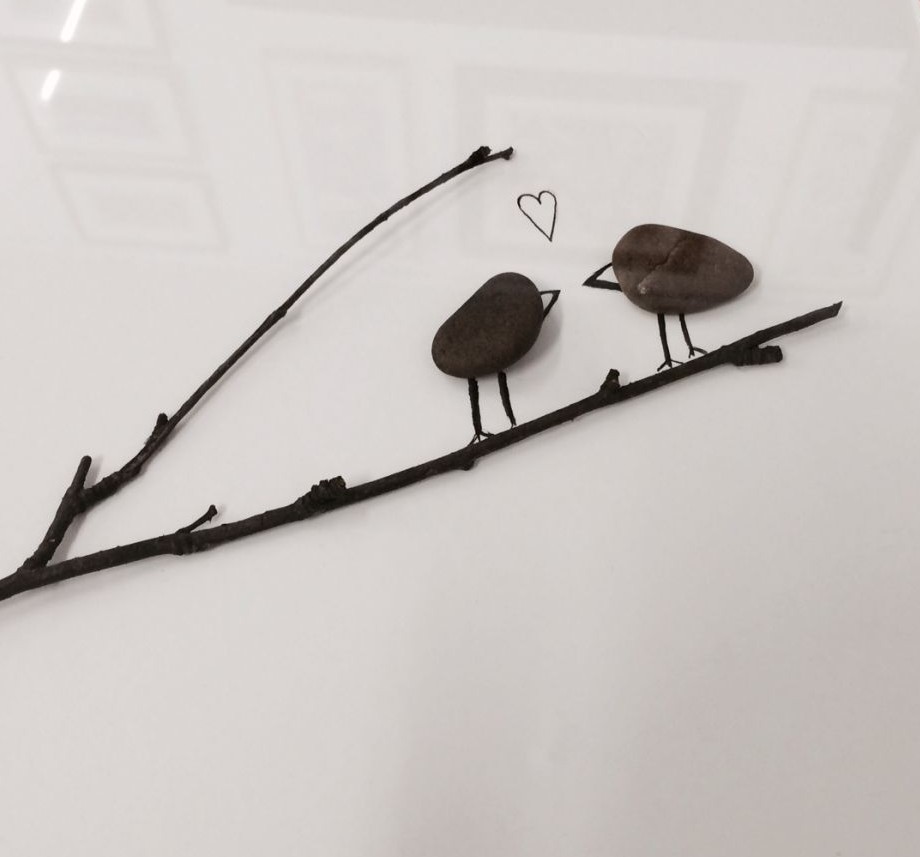 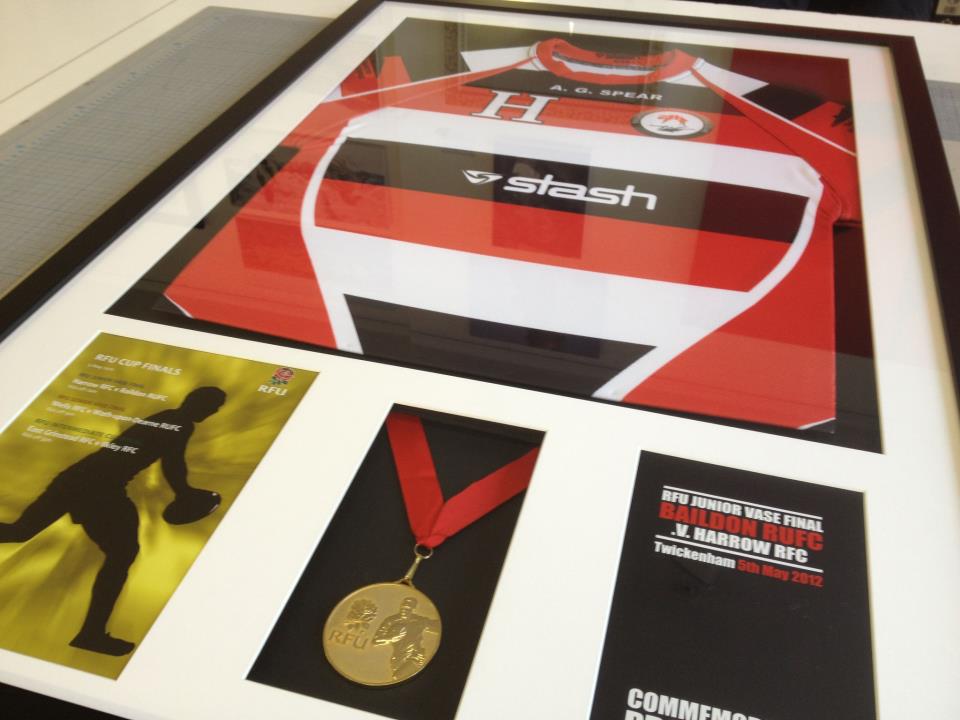 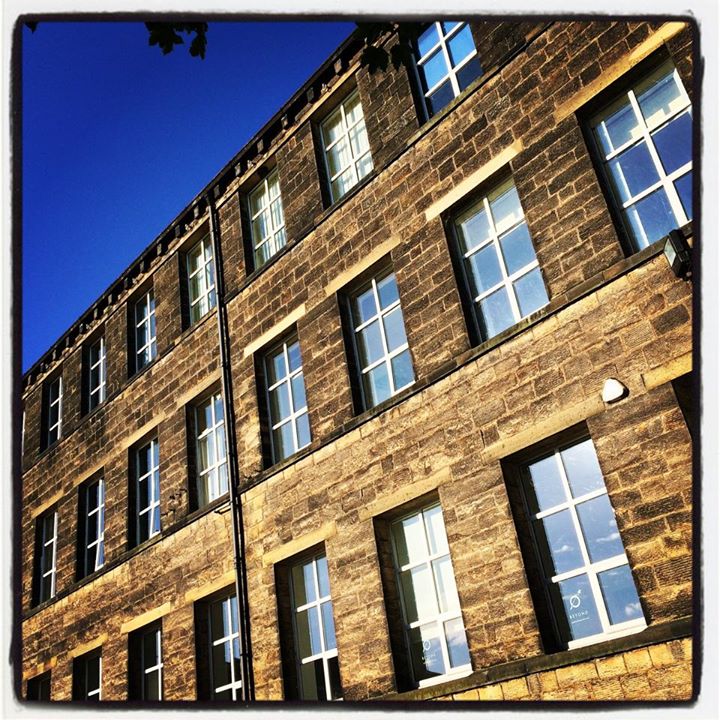 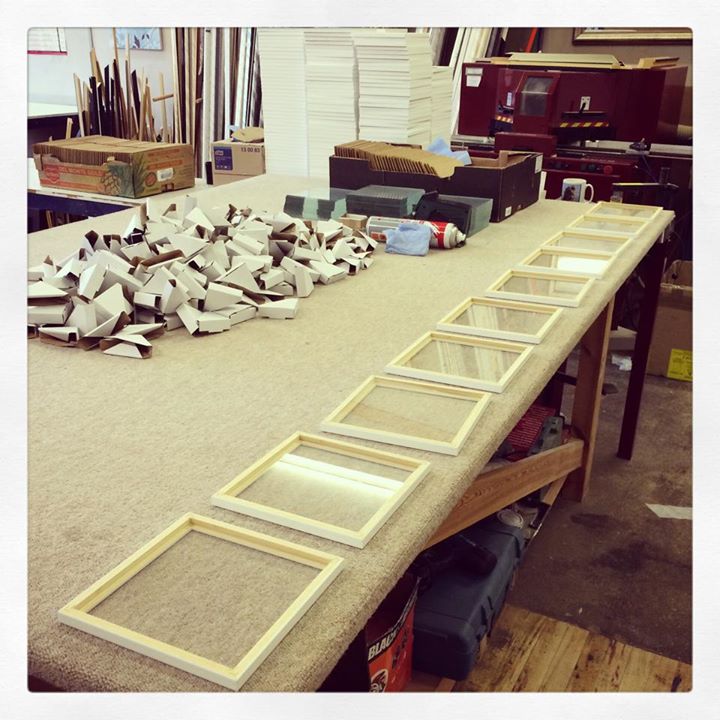 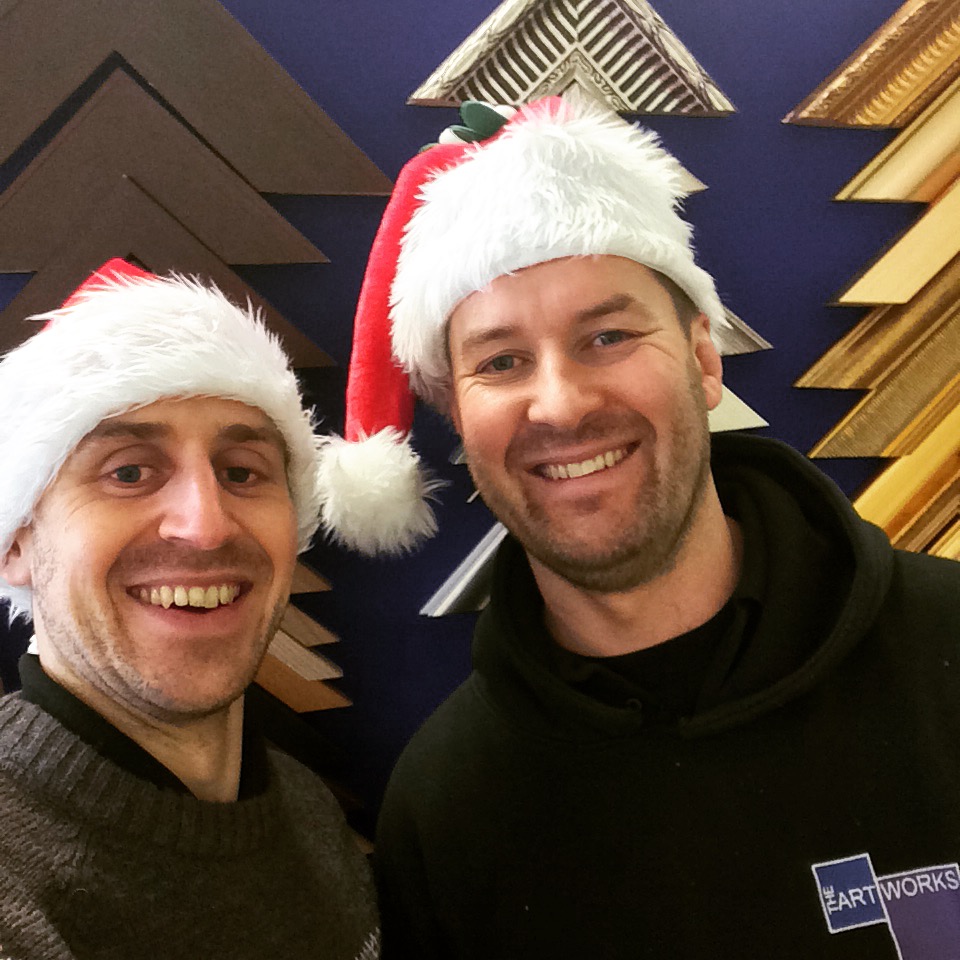 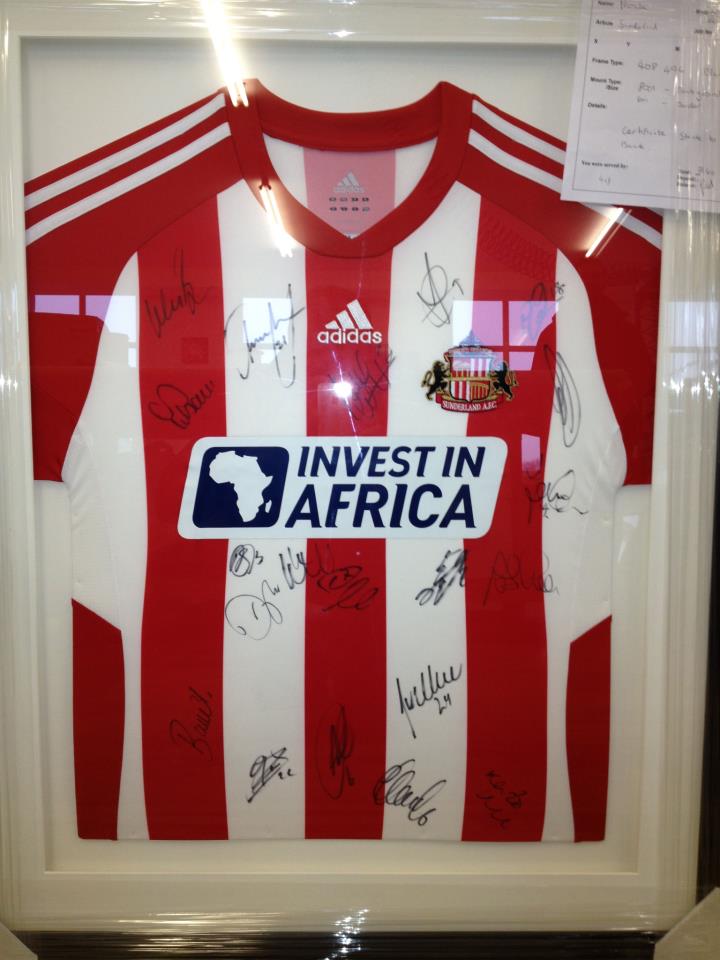 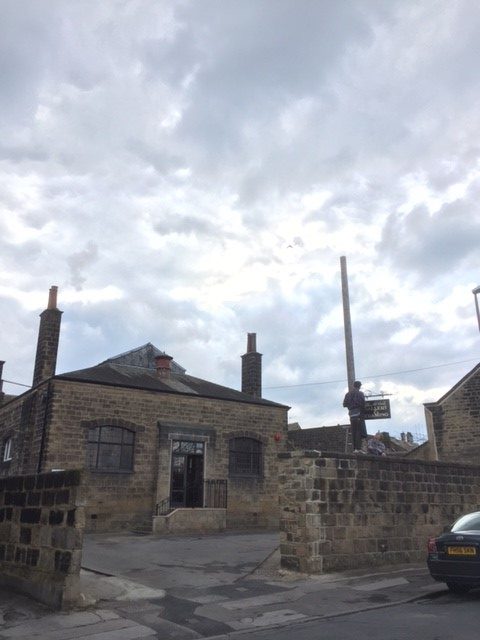 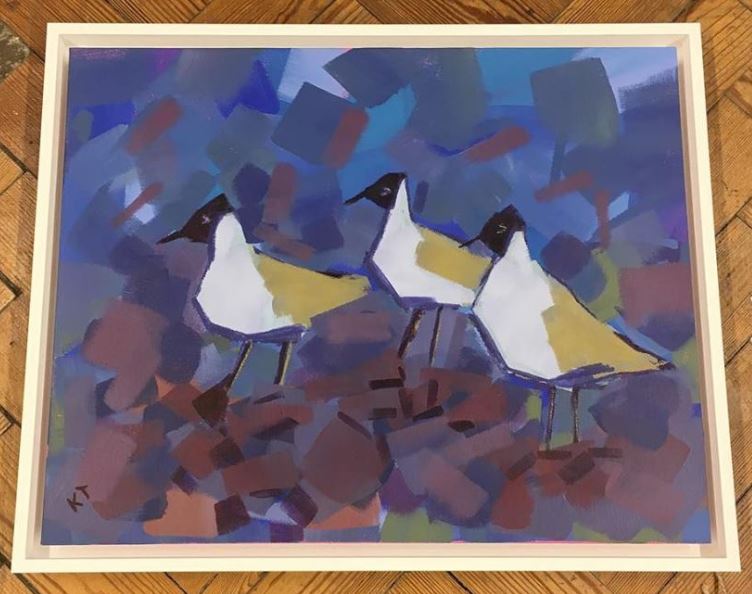